Live press conference by the Flemish Government, with sign language, broadcast on national television and on YouTube.

This setup is more extensive and requires more intensive production, both in terms of the speakers and the audience attending.

In this instance, we have multiple people presenting at the same time, which can be from various locations and in different languages. In this latter case, simultaneous translations will be provided and even sign language. Interaction from the audience is made possible by using a poll and Q&A module, for example.

In the production room, everything is edited live and streamed via streaming platforms.

Example: Live press conference by the Flemish Government, with sign language, broadcast on national television and on YouTube. 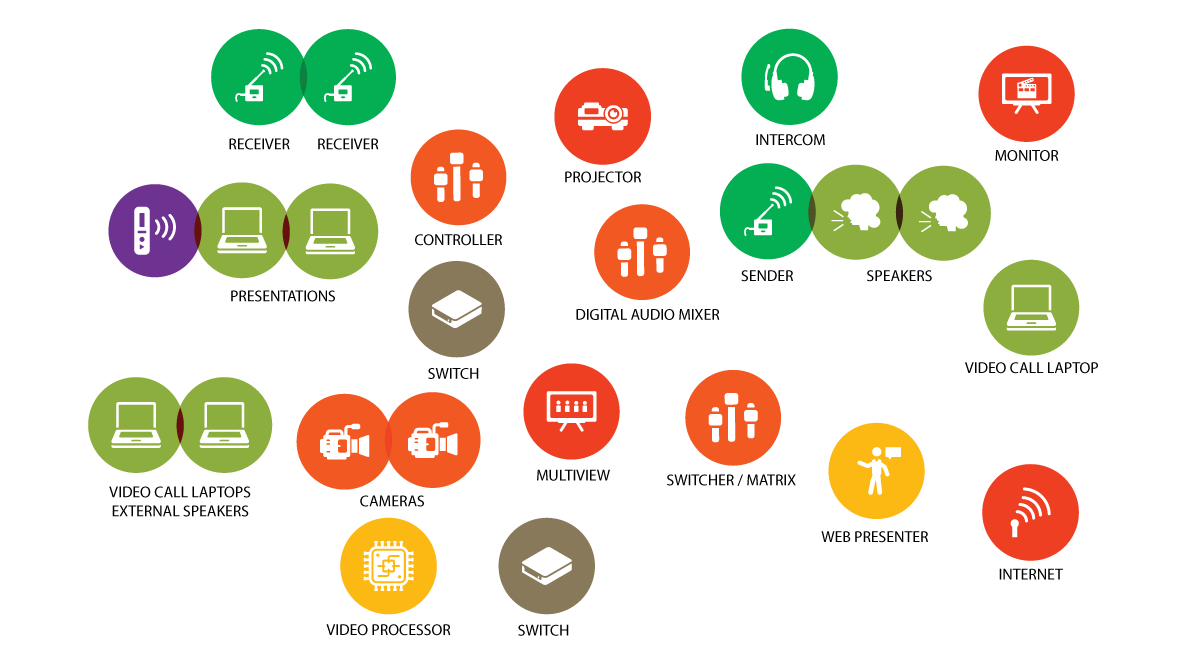 REGISTER
FOR OUR
NEWSLETTER 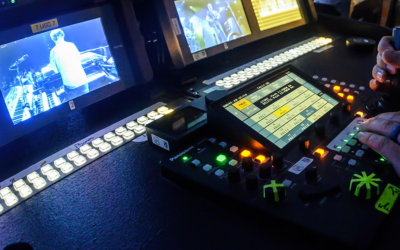 The general meetings of a global organisation, with panel discussions, presentations and multiple speakers from a range of locations worldwide. Included are elections of candidates, voting sessions about proposals and the ability for the audience to ask questions. 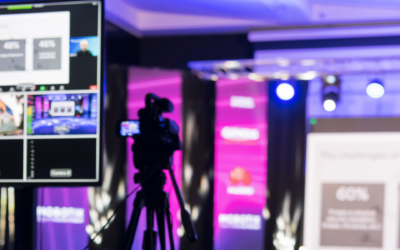 The hybrid event: The basics

A business announcement by company management, taking place from the head office and watched by the whole staff at the various subsidiaries and at the same time.

What is a hybrid event?

The principle is simple: a hybrid meeting refers to the physical location of the participants.